The 25-year-old Slovenian, originally from Koper, plays in the midfield position, is 190 cm tall, and arrived in Našice from Denmark, where he played in the Mors-Thy Handbold team. Andraž signed a one-year contract yesterday with the president of RK NEXE Josip Ergović in the presence of sports director Vedran Zrnić. 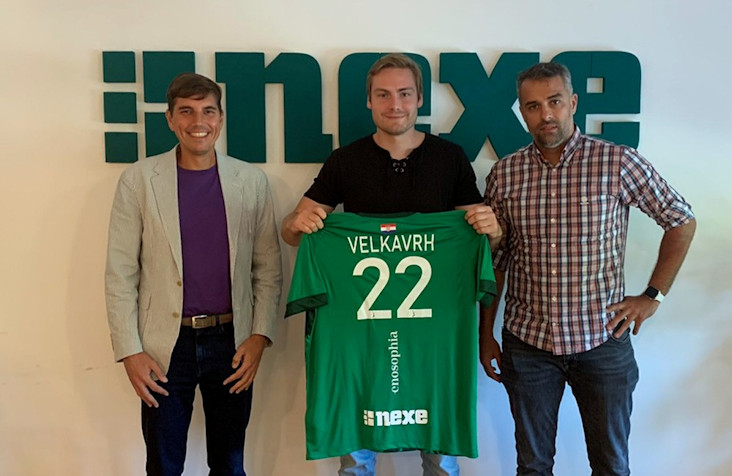 He made his first handball steps in his native Koper, after that he spent 3 seasons in Izola and four seasons in Maribor. Before leaving for Denmark, he played one season in Poland, in the KS Azoty-Pulawy team. Shortly after signing the contract, Andraž joined the team this afternoon and has already done his first training.